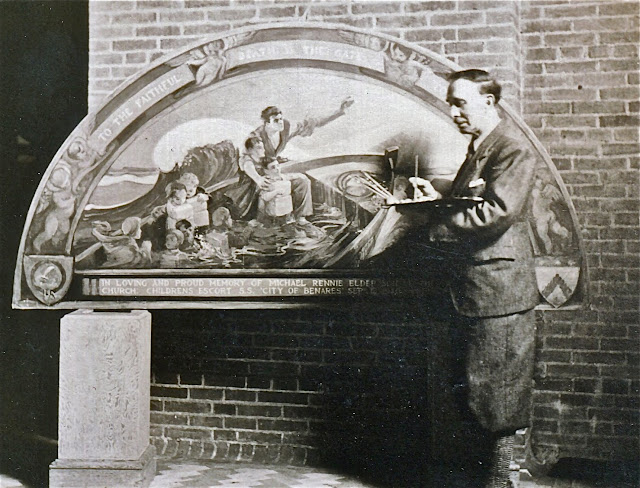 Walter Starmer, seen here at work on the memorial to Michael Rennie, was born in 1877 in Teignmouth, Devon, the son of the Reverend Henry Starmer, a Congregationalist Minister. He trained at Norwich and Birmingham Schools of Art, and seems to have begun his career as a book illustrator with Gertrude M. Faulding's Old Man's Beard and Other Tales (1909). 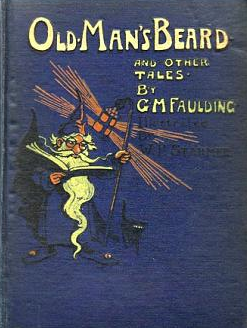 In the First World War he served as a war artist recording in particular the work of the YMCA with the forces. Thirty water-colours are now in the collection of the Imperial War Museum, several of which were reproduced in Sir Arthur Yapp's The Romance of the Red Triangle [the emblem of the YMCA]. After the War he illustrated two volumes of Yapp's Piers Plowman school history series. 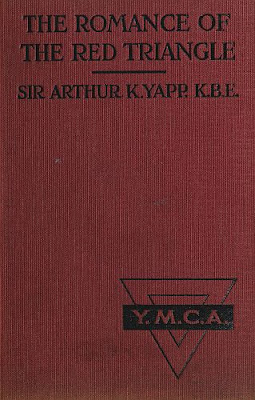 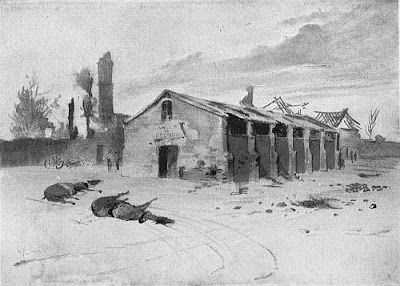 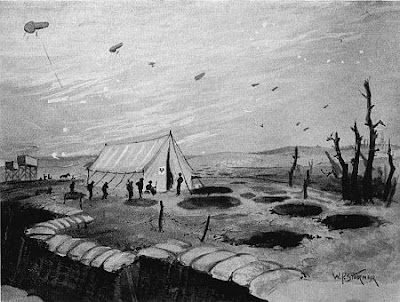 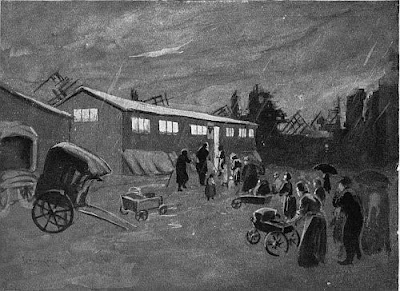 A REFUGE FOR THE REFUGEES 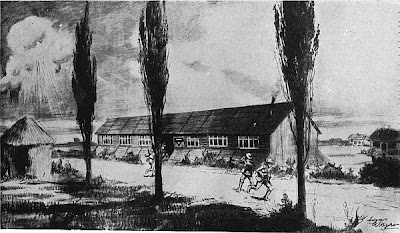 Starmer met the first vicar of St Jude's, Basil Bourchier, in Arras in 1918 when the latter was serving as a chaplain to the forces. In 1920 he was commissioned to paint the Lady Chapel as a memorial to those who had died in the war, and then, in a series of further commissions, he went on to decorate the rest of the church. 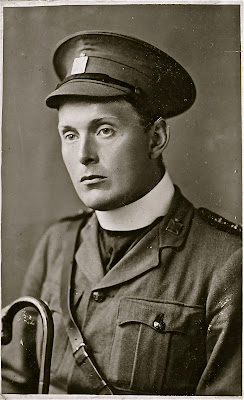 As well as the Rennie memorial of 1942, Starmer recorded the Second World War with a drawing of St Jude's filled with furniture from local houses which had been damaged through enemy action. 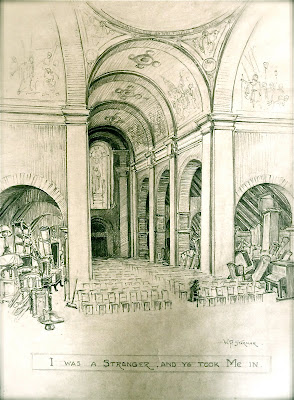