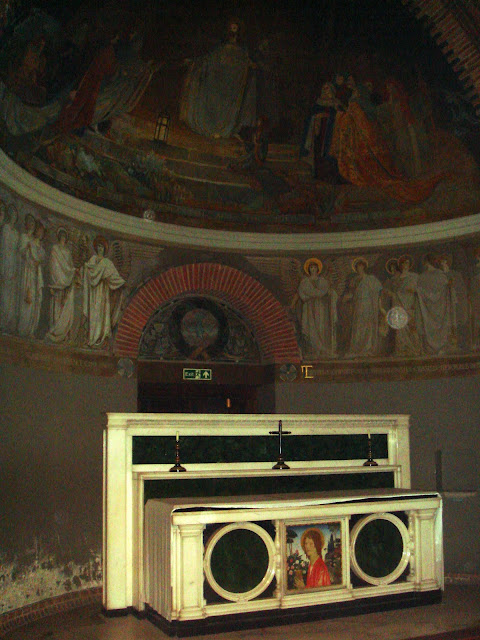 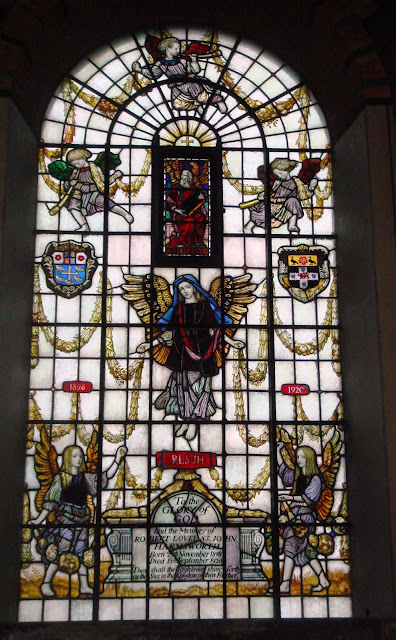 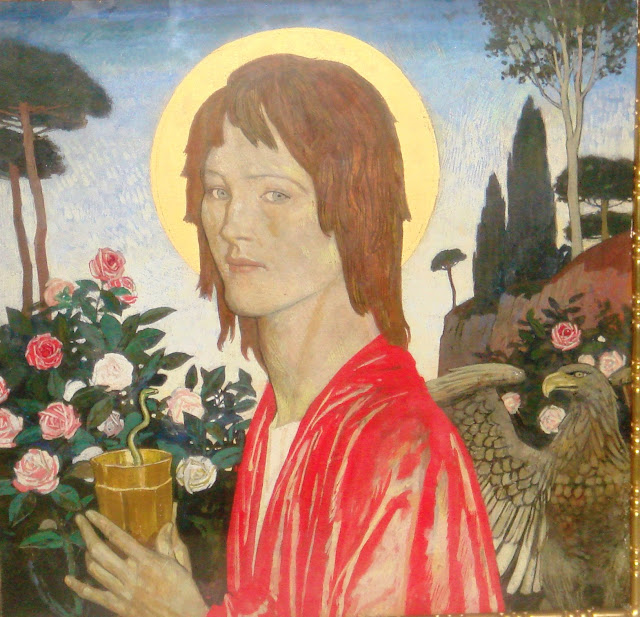 The St John's Chapel, to the right of the sanctuary in St Jude's, was a gift of the Harmsworth family in 1923 in memory of Robert Lovel St John Harmsworth. It was dedicated on Wednesday 10 October (Parish Papers 609, 611) by the Bishop of Ripon in a 'semi-private' family service which was followed by a Sung Eucharist at the new altar the following morning.

The Harmsworth tomb - also designed by Lutyens - in St Marylebone (East Finchley) Cemetery. It consists of a solid wall with an open cross in the middle with a blue infill on the arms and circular stone rings at the centre and between the four arms of the cross.

The chapel murals draw on the Gospel of John and the book of Revelation. The memorial window to Sir John Harmsworth is by Robert Anning Bell, one of the most distinguished artists of his day, and has been described as one of the most charming of his designs, and makes use of features from seventeenth century English Baroque sepulchral monuments.

The green and white marble altar is by Lutyens. In the central panel is a picture by Maurice Greiffenhagen (a friend and colleague of Bell at the Glasgow School of Art, and a fellow Royal Academician) of St John holding a chalice from which is emerging a serpent. This refers to the legend in which the priest of the temple of Diana gave St John poison to drink as a test of faith. Two men had already died of the poison, but St John survived, and restored the other two to life as well.

The ornaments of the chapel include a Spanish missal-desk from Granada and a set of gold and crystal candlesticks given by the Harmsworth family. The communion rails were given in 1957 by the Thompson Memorial Trust.
Notes: Christmas, Lutyens, Maurice Greiffenhagen, murals, Robert Anning Bell, St John, St John's Chapel, Walter Starmer
Newer Post Older Post Home