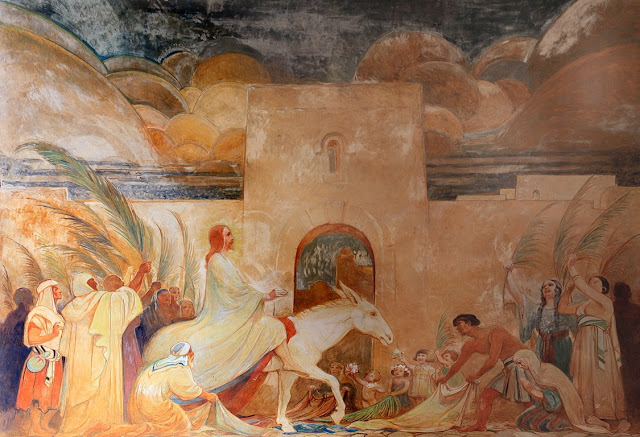 The Saint Jude’s community gathers for the celebration of Holy Week:

to remember Jesus’s entry into Jerusalem on Palm Sunday (14 April) at the Liturgy and Procession of the Palms beginning at the Church Rooms at 1030am.

Today we meet Jesus at the Mount of Olives and then walk with him as he makes his triumphal entry into Jerusalem. The gospels record the crowd cut branches from the trees to spread in his path and raised the shout “Blessed is the king who comes in the name of the Lord!” and we carry palms as signs of his victory. We know, however, that the victory is to be achieved through suffering and death and so the church is laid out as the via dolorosa, the way of the cross, leading to the place of his trial and crucifixion.

to remember how Jesus washed the feet of his disciples, instituted the Eucharist, and prayed in Gethsemane on

Maundy Thursday (18 April) at 8pm at the Liturgy of the Last Supper and Watch until midnight.

Tonight we gather in the church laid out as the upper room in which Jesus shared his last meal with his friends. During the supper he washed his disciples' feet as a sign that they were called to act as servants of all. But this is also the night he was betrayed and arrested; that he was tried, and denied by Peter. Jesus did not sleep tonight, and called on his disciples to stay awake and watch with him. So after the room has been cleared we move to the garden of Gethsemane to wait with him in the darkness. 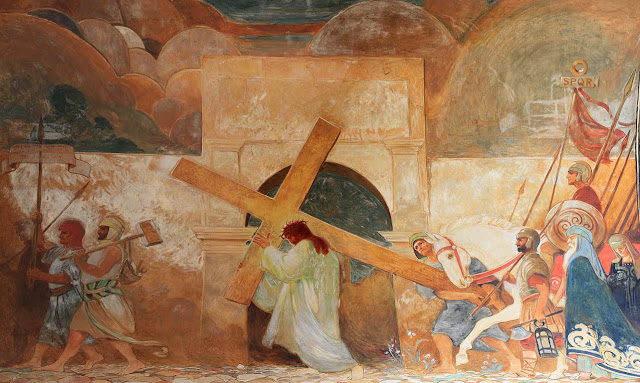 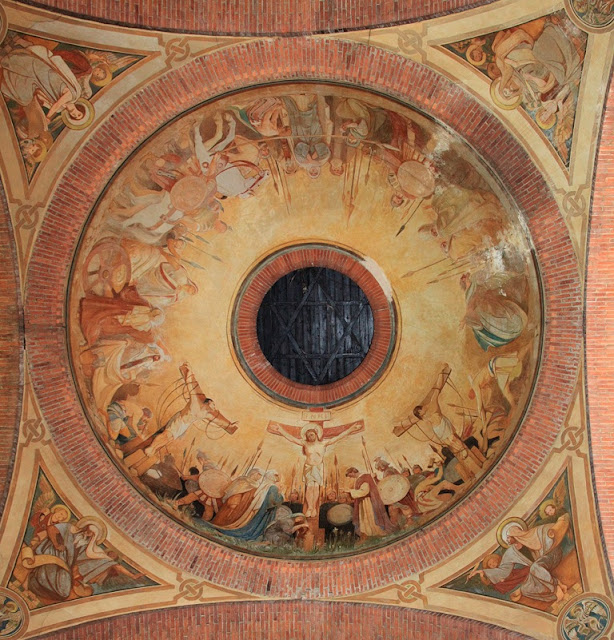 to remember how Jesus was tried and executed on

Today we meet in the emptiness and desolation of Calvary to listen to John's account of the story of the death of Jesus. We venerate his and share his broken body in a simple act of communion. 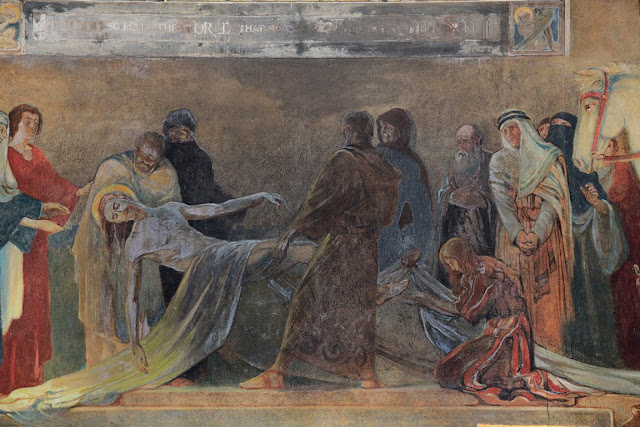 to hear again the story of salvation, proclaim the resurrection of Jesus, and reaffirm our baptismal promises on

Holy Saturday (20 April) at 8pm for the Liturgy of the Resurrection.

Tonight we gather outside the tomb for the principal service of the church's year - the Easter Liturgy. The Easter candle is lit from the new fire and brought into the darkened church as Christ brings light to the world. The light is passed from this single flame to every member of the assembly, as the Exsultet, the ancient hymn of praise to the Easter light, is sung. By candlelight we listen to the story of the world from creation to the time of Christ culminating in the proclamation of his resurrection. Now we journey to the font to renew the promises made at our baptisms, and then to the table of the eucharist to proclaim and share his victory over death. 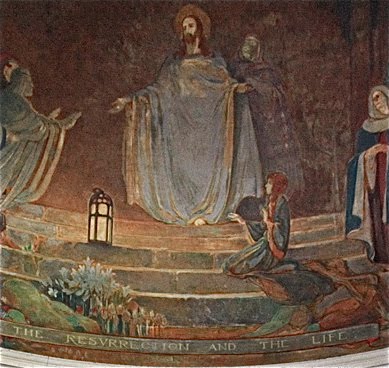 There is also a said celebration at 8am on Easter morning.
on Friday, April 12, 2019