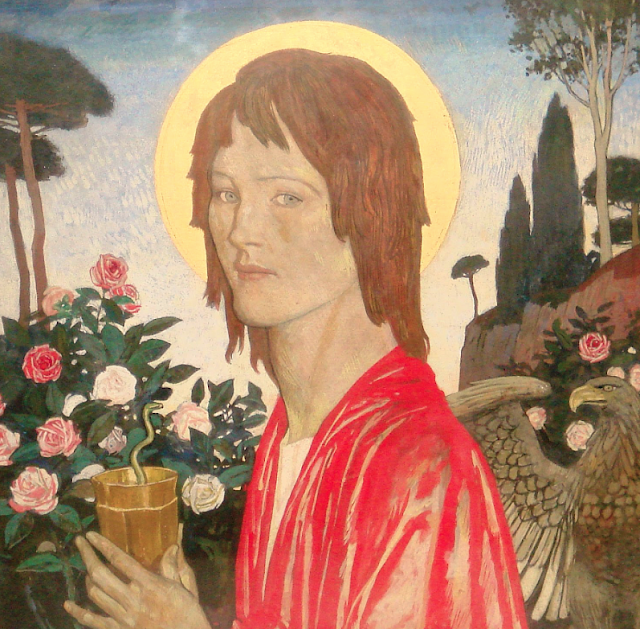 The central panel of the green and white marble altar in the St John's Chapel shows the Apostle and Evangelist holding a chalice from which is emerging a serpent. This refers to the legend in which the priest of the temple of Diana gave St John poison to drink as a test of faith. Two men had already died of the poison, but St John survived, and restored the other two to life as well.

The altar is by Lutyens. The picture is by Maurice Greiffenhagen (1862 - 1931) Of Baltic German descent, Greifenhagen entered the Royal Academy Schools in 1878. From 1887 he was much engaged in book illustration, particularly for Rider Haggard's novels. He taught at Glasgow School of Art 1906–29 and was made an Academician in 1922.