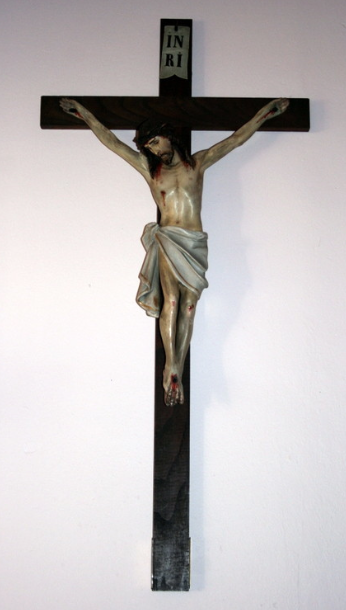 This crucifix hung formerly over the pulpit at St Jude's, and was given to the father of Cecil Herbert Beacham by the parish council to mark his fifty years of service as churchwarden. Beacham and his mother later brought the crucifix to New Zealand.

Following a road accident in Rome, which left him paralysed, Beacham established a private chapel at his home in Parklands, Waikanae, where a daily mass was celebrated by Fr Nigel Williams (later vicar of St Thomas' Newtown). Cecil Beacham's will left the crucifix to the cathedral.