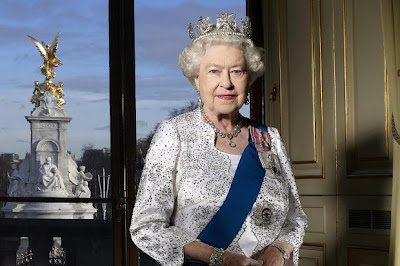 Today we celebrate the 6oth anniversary of the Queen's Accession to the throne. A 41-gun Royal Salute to mark the start of Diamond Jubilee year was fired by the King's Troop of the Royal Horse Artillery in Hyde Park. The Troop had earlier paraded down St John's Wood High Street for the last time to mark their departure from the barracks in Ordnance Hill, their home since 1880, for a new base in Woolwich. The Vicar of St Jude's, who began his ordained life as a curate at St John's Wood Church, was there to see them off. 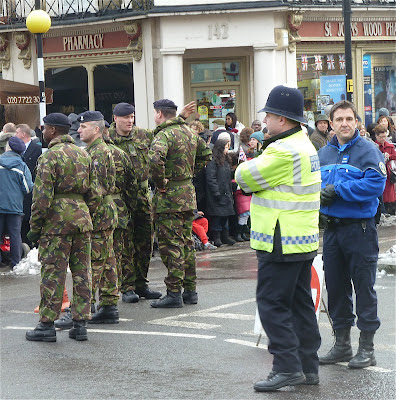 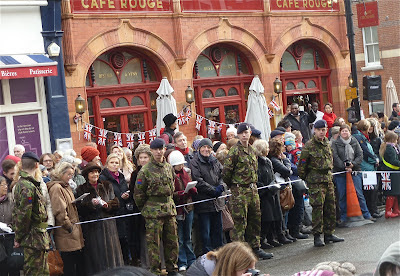 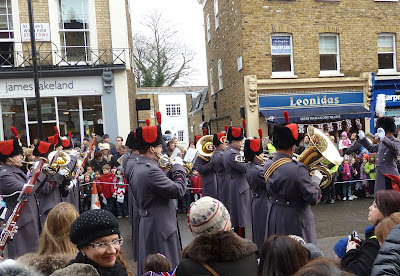 The band of the Royal Artillery accompanied songs to welcome the King's Troop. 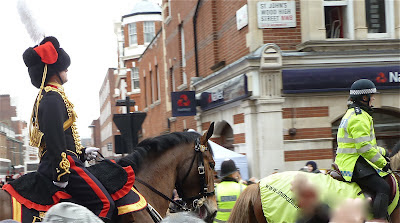 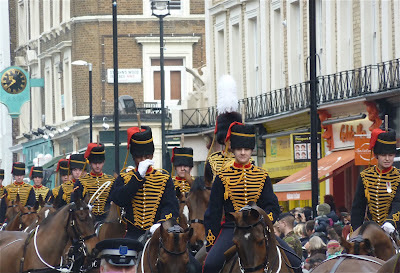 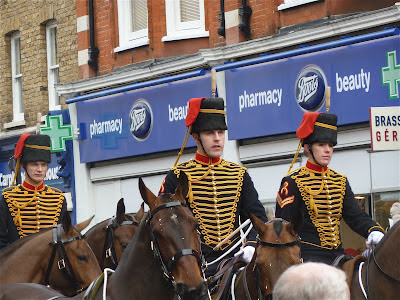 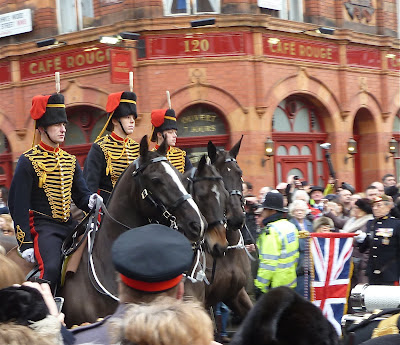 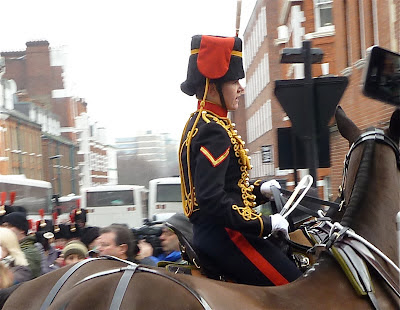 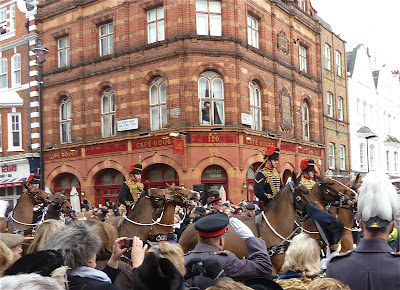 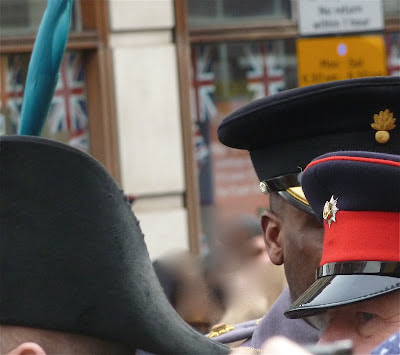 Major Mark Edward RHA, Commanding Officer of the King's Troop
made a farewell speech from his horse. 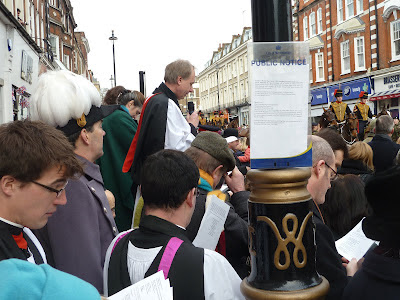 The Vicar of St John's Wood read the Collect for the Queen's Accession and gave a blessing. 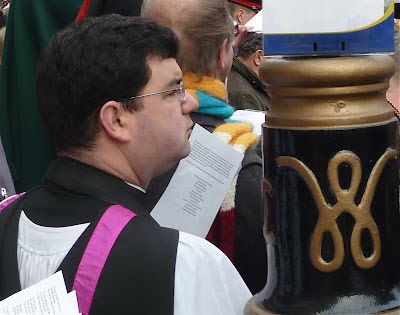 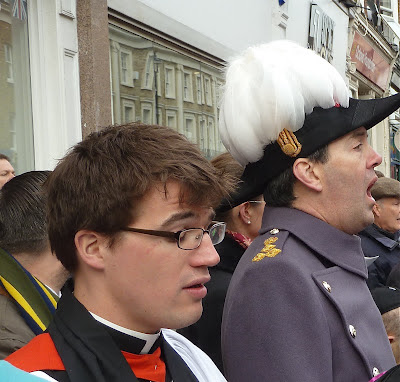 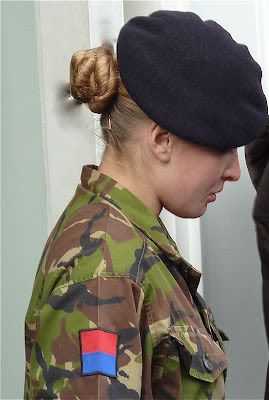 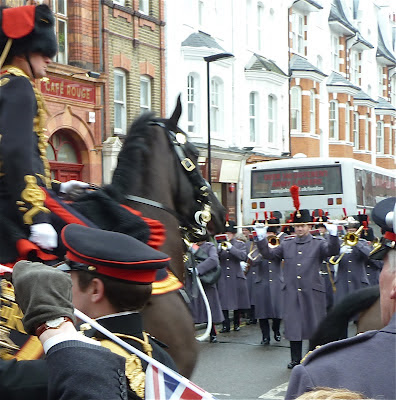 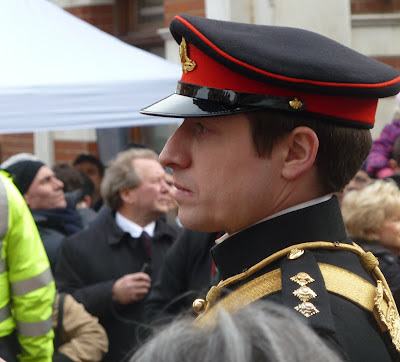 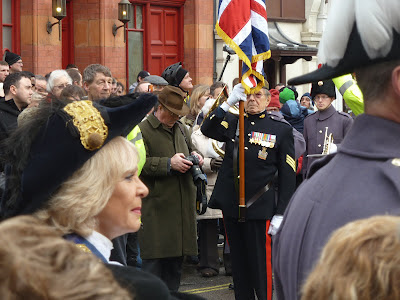 The Lord Mayor of Westminster 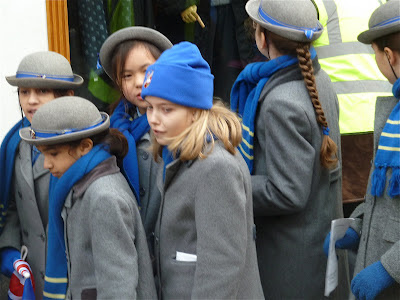 Local schools were represented including St Christina's
- which was attended by all the (St Jude's) Vicarage children. 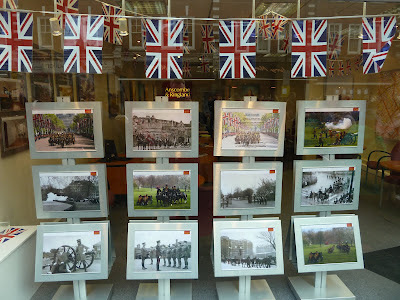 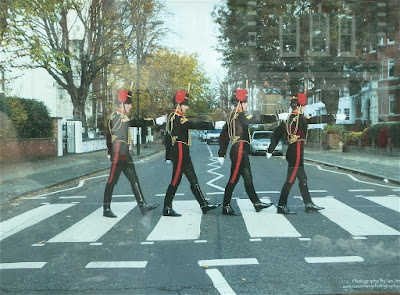 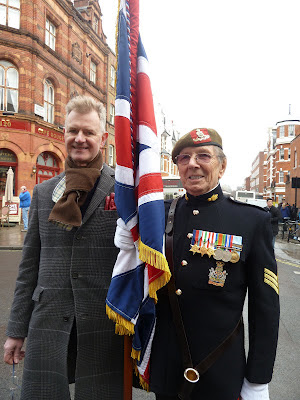 This photo was taken by Polly Hancock of the Ham and High on the Vicar's camera.
All the others were taken by the Vicar himself. 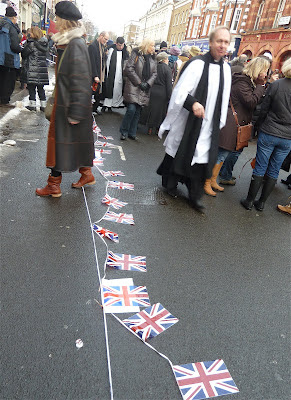