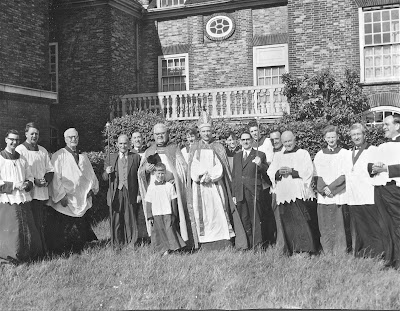 Half a century ago on 7 May 1961 we celebrated the Golden Jubilee of the Consecration of the Church.. The president and preacher was the Rt Revd Gerald Ellison. Bishop of Chester and later Bishop of London. The Bishop dedicated a bust of the late Revd William Maxwell Rennie (Vicar of St Jude's 1936 - 1954) by his daughter Rosemary, wife of the Charles Proctor the organist. The bust is positioned to the right of the St George's altar beneath the memorial to her brother Michael Rennie who died after rescuing children from the evacuation ship City of Benares which had been sunk as a result of enemy action. The memorial was painted by the church artist Walter Starmer who was present in the congregation on what was probably his last visit to the church. 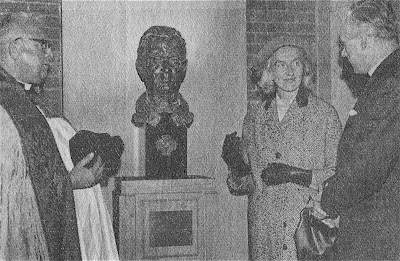 Mrs Rosemary Proctor with the Bishop and the Vicar
the Revd William Masters. 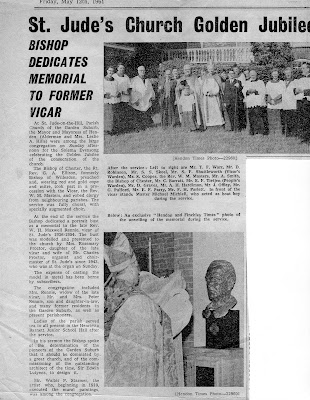