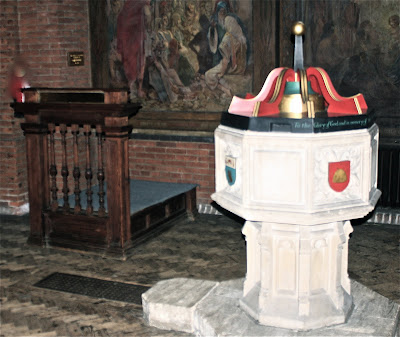 This slightly odd item of furniture (here seen stored behind the font) was given to the church in 1929 to commemorate the 21st anniversary of Anglican worship on the Suburb. At first it appears to have been used as the vicar's stall as this photograph (if you look closely) shows: 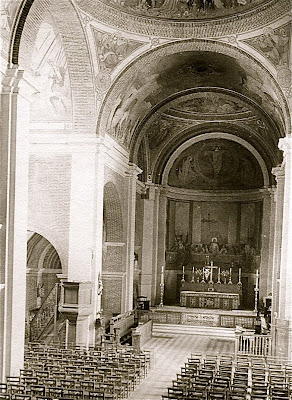 In the church photo album the above image is dated 1931 which is confusing because also in 1929 the first of the present stalls is recorded to have been given. The other was given in 1934, but neither appears in this picture.

Clearly the piece cannot have served as a stall for long, but we have no record of what it was used for again until the 1940s when it begins to appear in pictures of the high altar and sanctuary (and always in a different location!).

For a long time it stood at the back of the Lady Chapel, but in the past couple of years it has seen some use as a 'lesser ambo' at services held in the nave particularly during Holy Week. 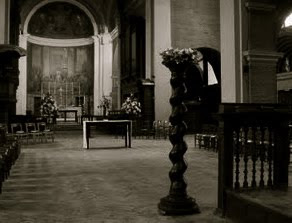 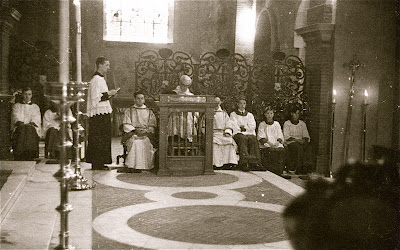 All Saints' Day 1948 on the south side of the sanctuary and occupied by the vicar, Father Willliam Maxwell Rennie. 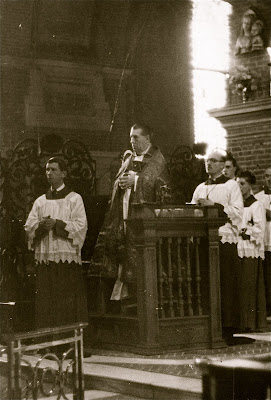 On the north side of the sanctuary on St Jude's Day 1945 and occupied by the Bishop of London (Dr J. W. C. Wand) who is wearing a red cope. It appears the vicar celebrated on this occasion when the bishop was preacher. 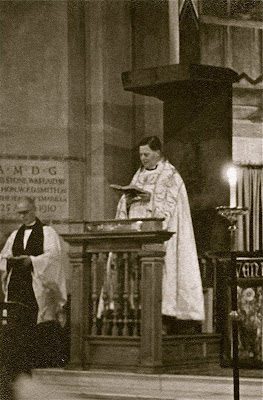 On the north of the high altar at Evensong on 18 October 1942 and occupied by the Archbishop of Canterbury (Dr William Temple) in a white cope. It is not clear what he is actually doing at this moment - another picture shows him preaching from the pulpit.