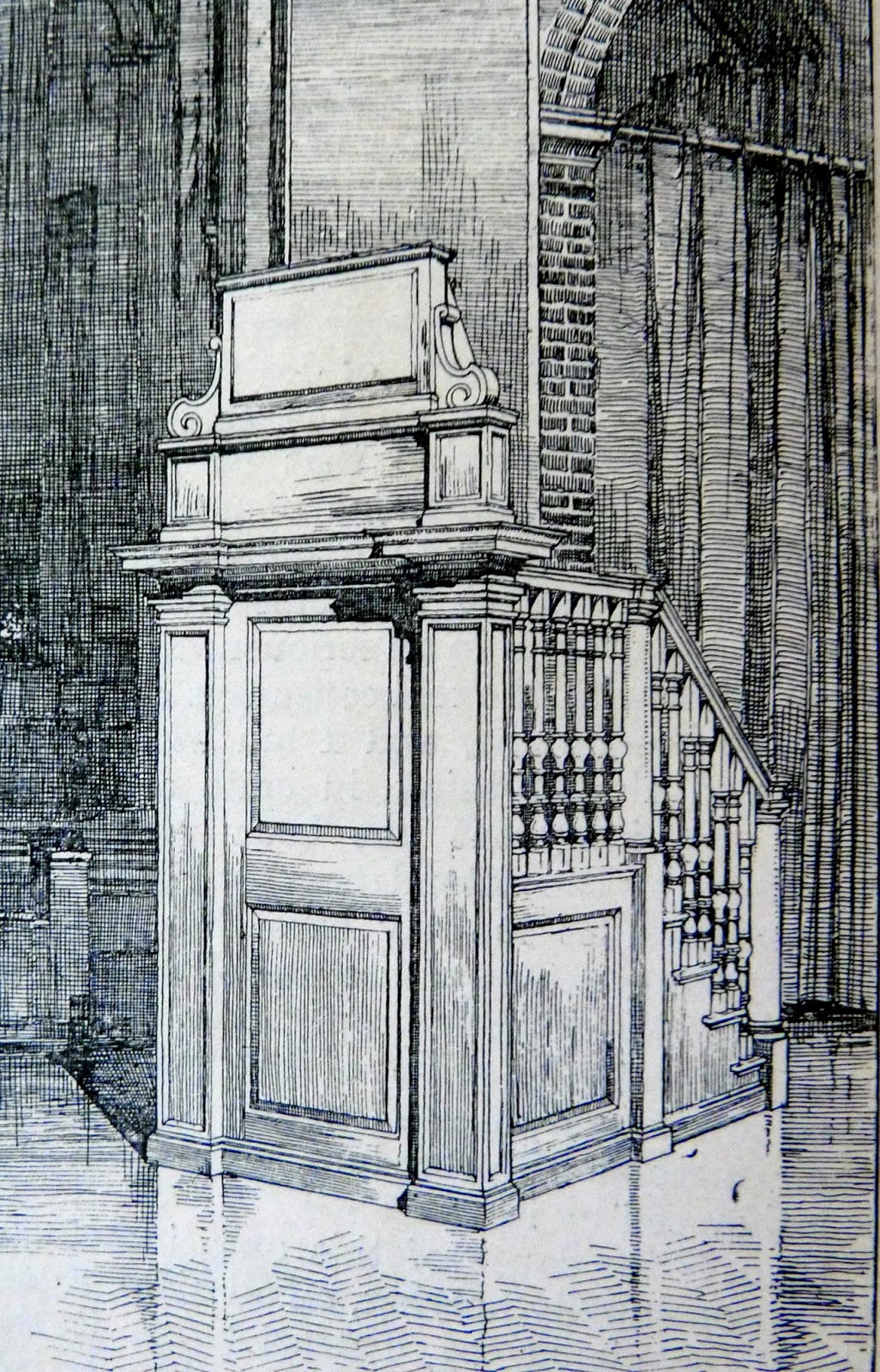 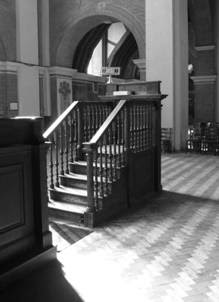 I am sure I was not alone is wondering why the lectern, which for as long as any of us can remember has stood in a sideways - across the church – position, suddenly moved to face the congregation. Thinking others would be interested to know the answer I asked the Vicar to explain the thinking behind the move and how it may represent the beginning of a 'liturgical revival' at St Jude's.

"It has long puzzled me why the lectern should point at the pulpit rather than the congregation, and I have always thought it unsatisfactory that the Gospel procession appears to arrive from 'off-stage' with the thurifer being positioned as it were to cense the car park door. I became particularly concerned about this when training Marie-Elsa [Bragg Hammond] in her liturgical role as the deacon (the minister whose special privilege it is to proclaim the Gospel). It was around that time that Jean Hill gave me some old pictures that David, our late Reader, had collected. These showed me something I should long ago have realized, namely that the lectern, unlike the clergy and choir stalls and pulpit, is a moveable piece of furniture. All we needed to do was turn it round and the Gospel procession at the Eucharist could take a direct, and appropriately dignified, route from the altar to its place of proclamation.

The Proclamation (rather than the mere reading) of the Gospel is a central part of the Liturgy and the repositioned lectern draws our attention to this. Actually we should really get used to another word here. The 'lectern' is really just the stand for the book. The wooden structure it stands on (which resembles a small pulpit) would be better called an ambo. These were a feature of the earliest churches, and may have been derived from the platform or bima used for readings in the synagogue (both words mean 'high place').

In the Middle Ages the focus of the liturgy came to be the altar. The Reformation shifted this to the pulpit. Only in recent years have liturgical scholars rediscovered the importance of the ambo. And it turns out we have had one at St Jude's all along!

Actually we have two! A slightly odd piece of furniture (shown in old pictures as a kind of bishop's throne), and which has stood for years at the back of the Lady Chapel, made a perfect 'lesser ambo' at the Ash Wednesday liturgy held in the body of the church. The distinctive feature of this service was that the congregation sat on either side of the nave with the altar, ambo and stand for the ash in the centre. This arrangement (which seems to have been very popular) will be repeated for the special liturgies of Holy Week. In the next edition of the Spire I hope to reflect on the experience and discuss some of the theological thinking behind it. How lucky we are not to have fixed pews at St Jude's!"

I hope readers will have found this answer as illuminating as I did. I was particularly interested that this could be the start of a 'liturgical revival' at St Jude’s. I had never stopped to think much about why parts of the church were where they were and I was particularly surprised by the impact a change in the layout could have on me. Although I was unable to attend the Ash Wednesday service itself, I did experience the special layout used at this service at a short mass before the PCC meeting that same week. The arrangement that Father Alan had introduced made for an extremely moving service – the familiar liturgy in an unfamiliar setting was very powerful. I am looking forward to the special services during Holy Week, which I am certain will make this most important period even more meaningful.

Sara Gibbins
Published in the Spring 2009 edition of The Spire