London stands in solidarity with Paris - The Bishop of London

London stands in solidarity with Paris

The Bishop of London 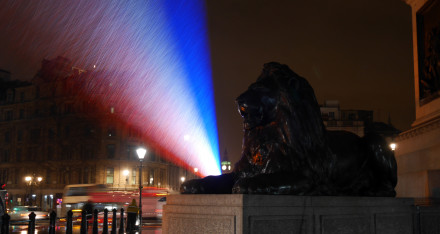 London’s heart was broken in the attacks of 7/7 – but not her spirit. Now we stand in solidarity with Paris in the face of its own heartbreak. As we look on, recalling those feelings of shock and horror we experienced 10 years ago, Paris and London are united in grief.

Nor can we neglect the deadly attack that took place in Beirut last Thursday. No religion can justify the evil of extremism or truly explain any of these assaults around the world. There is no defence for creating a god in our own image, an idol projecting rage and a lust for power.

I heard the news of the Paris attacks in the midst of conversations with Russian Orthodox leaders last Friday in Moscow. There was a renewed undertaking to address the isolation that is so often the root of extremism. We agreed to a series of fresh engagements between Russia and the UK next year, including the visit of a delegation of educators from the Orthodox Church next Spring.

On Thursday evening, I had also met with Russia’s Islamic leader, the Supreme Mufti, who denounced any attempt to use Islam to advocate indiscriminate violence. The meeting was hosted by the British Embassy and it is clear that the Foreign Office is rightly paying close attention to a strategy of engagement and understanding by civil society and religious bodies, working in partnership. No doubt social and economic factors have a role in incubating religious extremism but the religious element cannot simply be reduced to something else. You cannot exorcise the satanic by creating a spiritual vacuum.

We find ourselves in the midst of a debate about identity, including what it means to be British. Some are reacting to change by retreating into ever narrower definitions of their identity. On the other hand, merely invoking the universal concepts of tolerance and respect, with which we probably all agree, is not enough alone to transform lives and build a community.

A significant emphasis in immediate response to these recent acts will be on security and defence – the “hard power” invoked by the Prime Minister yesterday. Crucially, though, he also stressed the importance of addressing the narrative of radical extremism, building links across communities, a sense of identity that does not exclude other people. More than ever before, this is a time where friendship and solidarity must unite us in condemning these barbaric acts.

One of my abiding memories of 7/7 is when the Mayor summoned thousands to Trafalgar Square. A succession of community leaders and politicians went to the microphone to denounce the crime and declare our solidarity with one another. The leaders of the various faith communities were there, the Cardinal, the Chief Rabbi and representatives of the Muslim, Hindu and Buddhist communities. We all knew one another already and so we decided to go to the microphone together to make a common pledge.

Ten years later, during the service to commemorate the London bombings in July of this year, I pointed to the dome of St Paul’s Cathedral as a representation of the one world in which we all live. It is supported by eight figures, four teachers from the East looking West and four Western teachers looking East.

In the face of a real and present threat, brought so close to home once again by the scenes in Paris, how do we go forward as Londoners? Ultimately our focus must be on unity, a celebration of that which we share together as we inhabit this great world city but which transcend our individual faith or ethnicity. We must hold fast to that which is good, whilst we render to no one evil for evil.

This article also appeared in the Evening Standard on 17 November 2015.