In recent weeks we have been using the high altar, rather than the new free standing altar. This is in order to accustom the servers (and the Vicar) to celebrating in the 'traditional' manner for the centenary of the consecration next year. Here are some pictures of how it was done in about 1948. The celebrant is Father William Maxwell Rennie, Vicar 1936 - 1954. 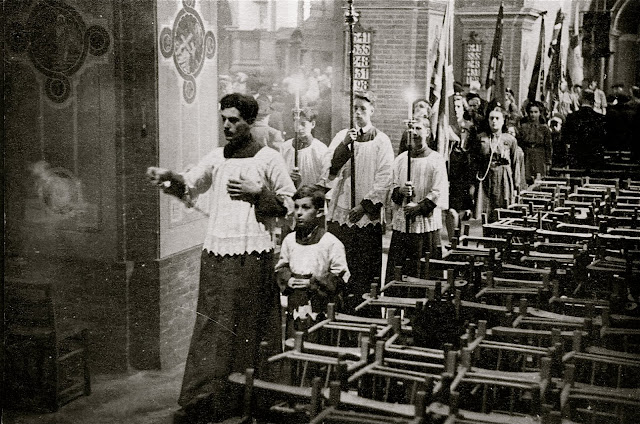 Thurifer and boat boy at the head of the procession.
The Girl Guides suggest this is a parade service. 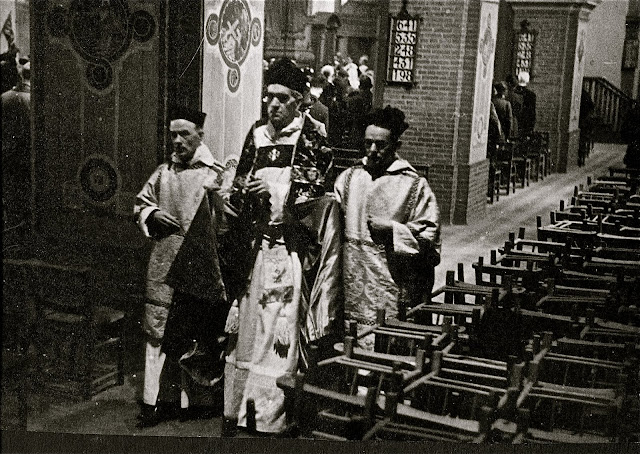 Celebrant flanked by deacon and sub-deacon all wearing birettas.
The celebrant is wearing a cope rather than a chasuble because high mass began with a preparatory rite. 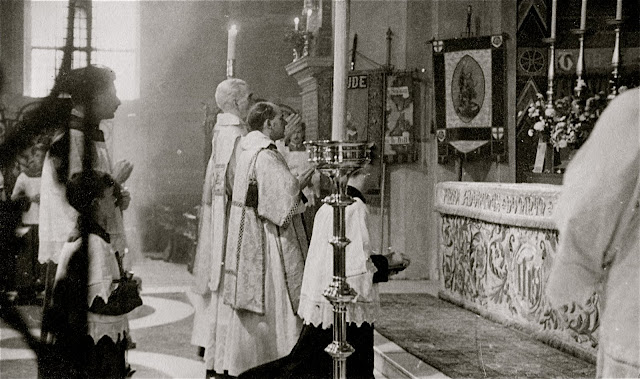 Now vested in the chasuble, the celebrant approaches the high altar. 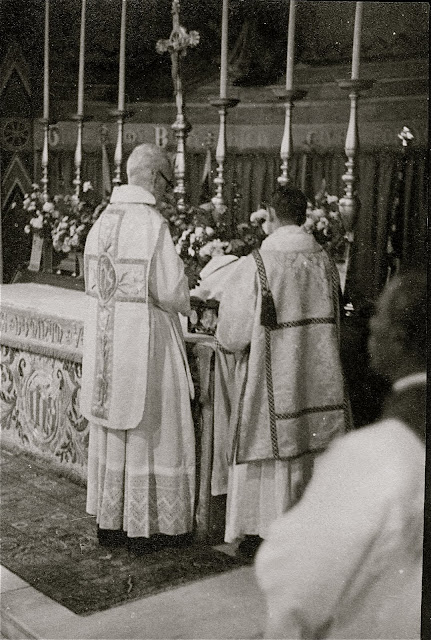 The Collect is read from the south end of the altar. 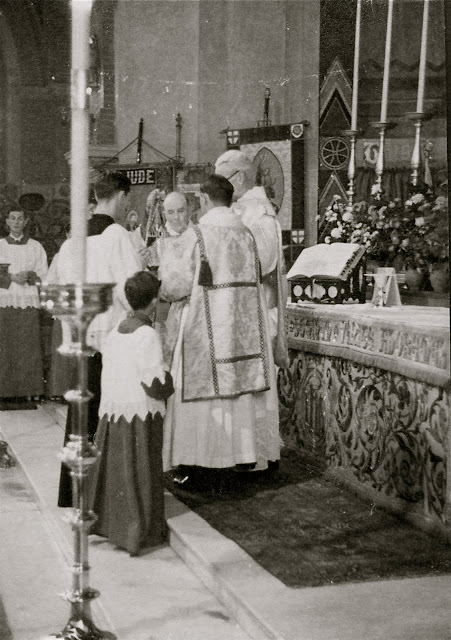 Incense is put on at the offertory.
The missal stand is Spanish, and was given by the Harmsworth family in 1923 for use in the St John's Chapel. 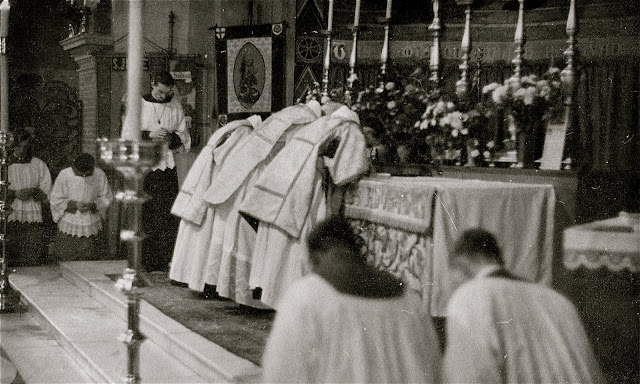 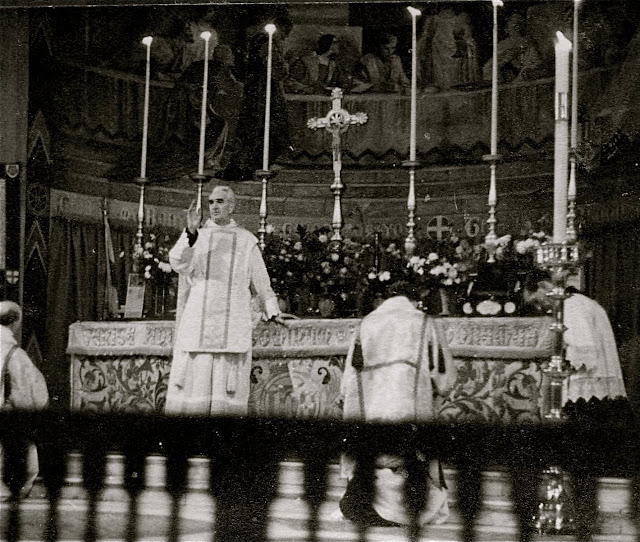 The blessing is given from the centre of the altar before the celebrant moves to the north end for the reading of the Last Gospel.

Nearest underground station Golders Green. Visit www.stjudeonthehill.com
and click on ‘How to find us’ for map and directions.

A day of enjoyment and instruction for all who sing in choirs or enjoy singing. John Rutter leads us through choral music old and new, some of his own compositions and a few surprises. Music for the day will be provided and it will be possible to purchase it afterwards at a good discount, as well as CDs of John Rutter’s choir The Cambridge Singers.

Cost £20 to include tea and coffee, plus £5 for lunch if required. Proceeds will go to the St Jude’s central heating appeal fund. Advance registration essential.