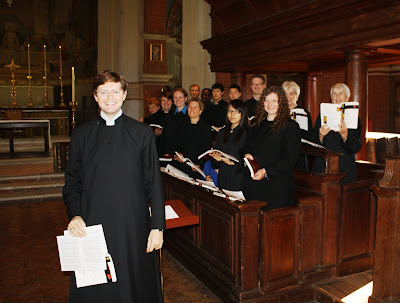 A good turnout for the choir this morning . . .
Notes: choir, Church, music, worship 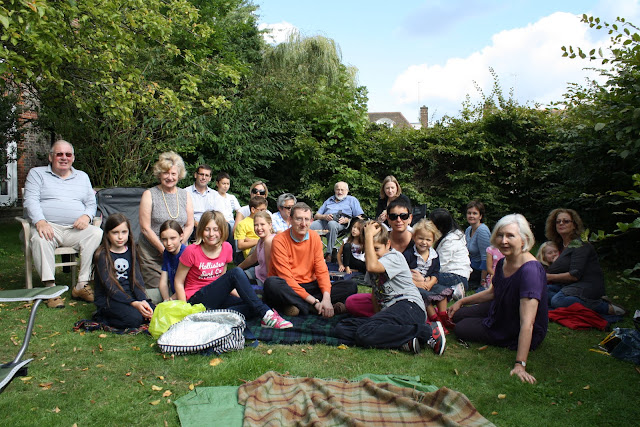 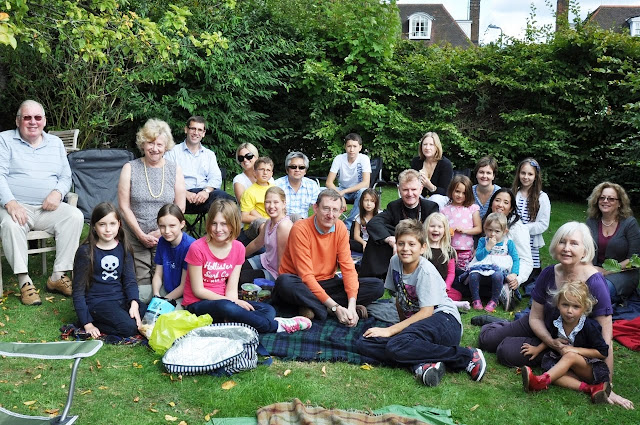 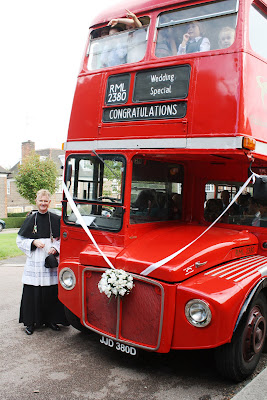 Daniel and Jessica were married in church this afternoon. We await pictures of the couple so in the mean time here is the Vicar with the Routemaster bus taking guests to the reception.

Our Lady of Perpetual Help

Our Lady of Perpetual Help (or of Perpetual Succour) is a Byzantine icon from the late middle ages and has resided in Rome since the late 1400s. The Eastern Catholics call it "Holy Theotokos of the Passion."

The image depicts the Blessed Virgin Mary wearing a blue mantle and veil. On the left side is the Archangel Michael, carrying the lance and sponge of the crucifixion of Jesus. On the right is the Archangel Gabriel carrying the cross and nails. The Christchild rests in her arms and looks intently at the cross.

Tradition states that the icon memorializes an occasion in which the young Christ awoke from a dream in which He saw the instruments of His passion. Mary comforted Him, but remained solemn since she knew that that the dream was a portent of her Son's future passion. The icon brilliantly captures both the reality of the incarnation and the reality of the crucifixion of Christ in one single image that mystically links the events to Mary - who was present for each.

The icon was brought to Rome by a pious merchant, who desired that the picture should be exposed in a church for public veneration. It was exposed in the church of San Matteo, Via Merulana, between St. Mary Major and St. John Lateran.

The French invaded Rome in 1812 and destroyed the church - and the icon disappeared.

In 1865, the icon was rediscovered to the joy of many. Pope Pius IX as a boy had prayed before the icon in the church of San Matteo before it was lost during the French invasion. Pius IX took great interest when the icon was finally rediscovered - since he had been especially devoted to it. He subsequently approved a liturgical feast in commemoration of the icon.

Today it is one of the most popular images of Our Lady and it is one of the few images that is universally revered in every rite of the Catholic Church - East to West.
Notes: art, icon, Lady Chapel, Russia
Newer Posts Older Posts Home
Subscribe to: Posts (Atom)