William Mansfield Masters became the fourth vicar of St Jude's in 1955. Born in 1898, he served during the First World War with the London Regiment of the Royal Artillery in France, Salonica and Palestine and was twice wounded. In 1920 he joined the RAF and served again in the Middle East where he developed an interest in Christian Unity.

In 1928 he enrolled at the Knutsford Ordination Test School (situated from 1927 in the Old Rectory at Hawarden) which  opened 1919 with the purpose of educating men leaving the armed forces so that they could obtain the qualifications required to study for ordination.

Bill (as he was always known) proceeded to Chichester Theological College in 1929, and then to St Gabriel's Church in Pimlico where he 'served his title', being ordained deacon in 1932 and priest in 1933. After a further curacy in Wendover (1934 - 1940), he joined the Royal Army Chaplains' Department serving, during the Second World War, in Sudan, South Africa, Palestine, North Africa and the Gulf.

From  1949 to 1955 he was (British Embassy) Chaplain at Christ Church, Vienna from where he also served Anglican communities behind the Iron Curtain in Prague, Budapest, Bucharest and Sofia. He was awarded the OBE in 1953 for this work.

Fr Bill was inducted as Vicar of St Jude's on 29 April 1955 by the Bishop of Willesden. He served for seven years here before returning in 1962 to Europe as Chaplain in Helsinki and Moscow. He was also Rural Dean of Scandinavia from 1962 to 1966 when he 'retired' to a curacy at St Mary's, Bourne Street. He was made an Honorary Canon of Gibraltar in 1973.

Ed Zanders in A Suburb Childhood (2007) remembers Fr Bill as "a man with a larger than life personality and a great sense of fun". Beth Zanders' portrait of Fr Bill, until recently on display in the south-west porch, shows the vicar in front of a reproduction of Andrei Rubelev's icon of the Trinity, the original of which is in the State Tretyakov Gallery in Moscow.

In his last years Fr Bill resided at the 11th century Hospital of St Nicholas in Harbledown whose medieval inmates supported themselves by displaying (for a donation) a slipper that had been worn by St Thomas Becket. He died in 1978. 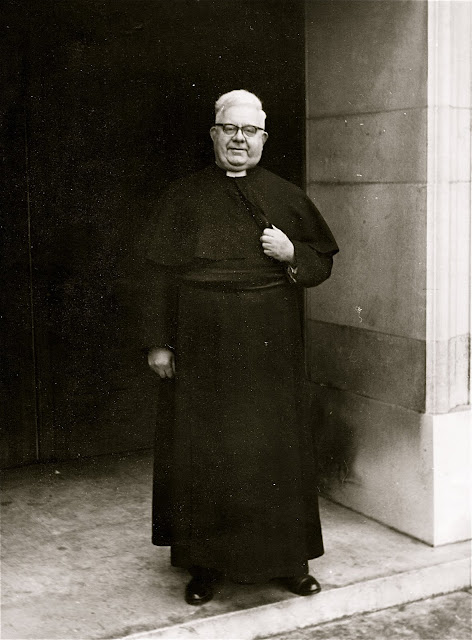 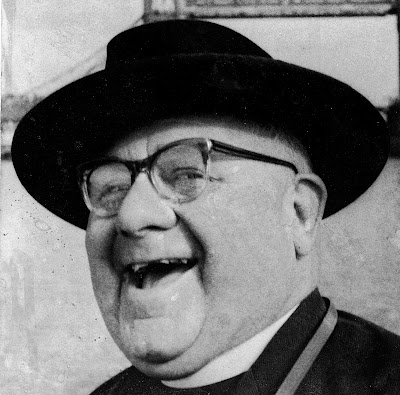 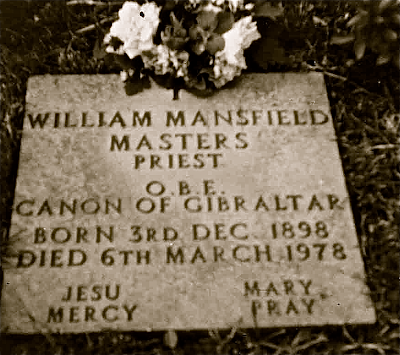 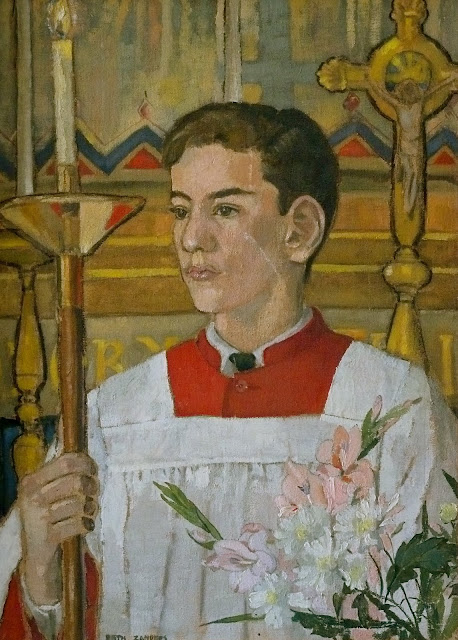 Ed Zanders as a server at St Judes c. 1965. Ed lived on the Suburb from 1954 to 1969. His A Suburb Childhood is a personal memoir of those days written for the Suburb centenary year in 2007. He has recently given three paintings by his mother Beth to the church. 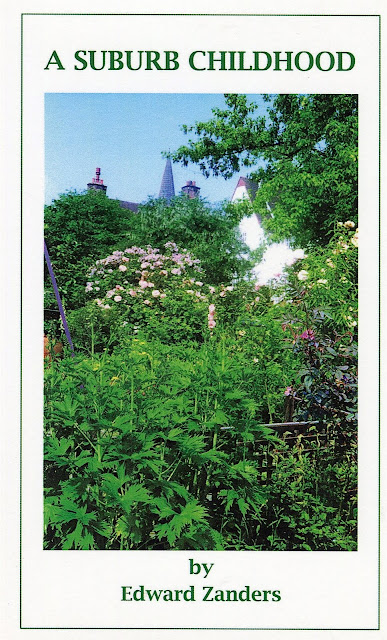 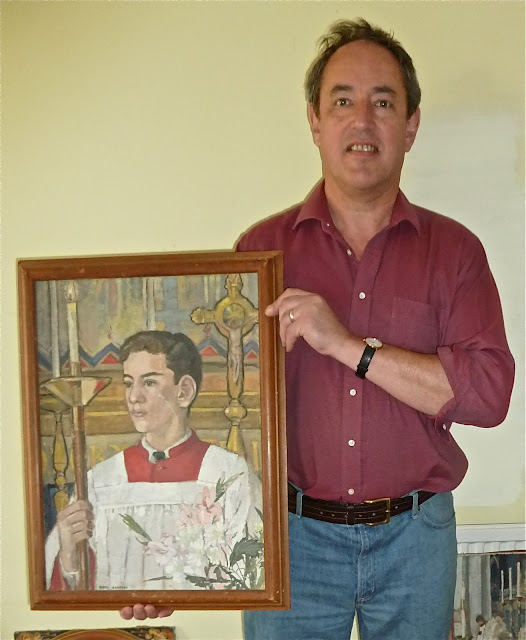 Ed describes his time as a server at St Jude's:
"St Jude's church became a significant part of my life from 1960 to 1969. My mother and I used to join the congregation at Sunday services and then I became an altar boy or server. This was rather like an apprenticeship starting as boat boy, who carries the incense in a metal container to pass to the Thurifer who distributes the incense. The next stages were Acolytes holding candles, Crucifers with a cross, the Thurifer and finally Master of Ceremonies. I enjoyed the ceremony under the direction of Frank Parlett, a kind man of whom I have fond memories. Easter was always busy, with special ceremonies held over four days culminating in the Sunday which was enlivened with trumpets as well as the choir and organ. Being Thurifer involved lighting charcoal squares in the thurible which was a metal container on a chain with holes to let out the smoke from burning incense. In keeping with my pyrotechnic tendencies, I used to set up the maximum amount of charcoal possible, adding spoonfuls of incense to create a massive cloud of smoke that I would then pass over the congregation in an attempt to liven things up.
Disruptions to the services stay in the mind as well; the electrical system was always a bit unreliable, and one evensong the lights went out completely. Luckily there were enough candles burning to keep the service going, but by complete coincidence, just as "let there be light" was being read out, the lights came back on without any human intervention. The other incident was the more painful sight of a poor server colleague who managed a projectile vomit right across the area in front of the altar. The mess was hastily cleared up by the verger with a mop and bucket.
When I started going to St Jude's, the vicar was Bill Masters, a man with a larger than life personality and a great sense of fun. He left in 1962, later becoming Canon of Gibraltar. His successor was Robin Dunhill, a member of the tobacco and luxury goods family. Both of these clergymen and their curates presided over a thriving church with a great musical tradition.
The organist and choirmaster was Charles Proctor, a rather serious and intimidating man, who nevertheless produced some wonderful ecclesiastical music. This was not surprising, since he was originally talent-spotted by Proms founder Sir Henry Wood and had a long career as a composer, organist, conductor and teacher at the Trinity College of Music. St Jude's has obviously maintained this tradition and is a well-known North London venue for concerts and recordings." 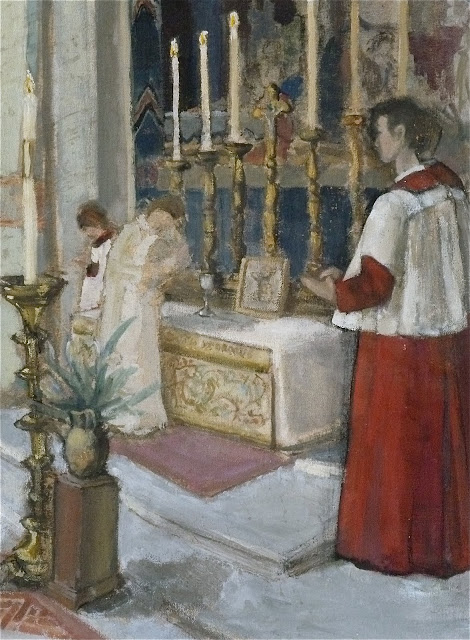 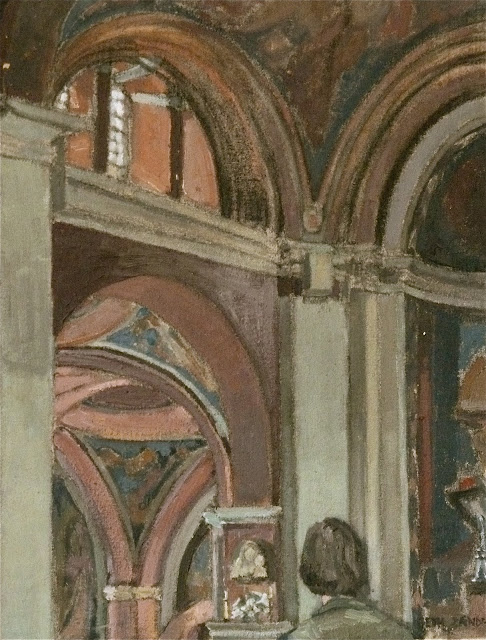