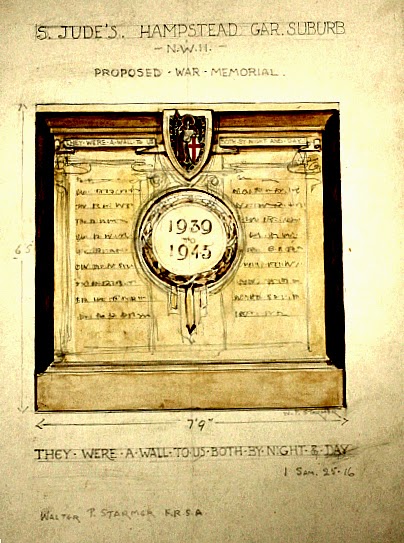 VE Day 1945 was marked at St Jude's by a Thanksgiving Mass and special services the folowing Sunday.

St Jude's has no Second World War Memorial.  The church muralist Walter Starmer, still a worshipper and sidesman at the church, made designs for one, but the church council decided to raise funds instead for a memorial hall, as the church hall had been requisitioned during the conflict.  The memorial hall was never built.  Memorial windows Starmer designed for the Lady Chapel were not commissioned.

Starmer designed stained glass windows as Second World War memorials for other churches including All Saints, Leavesden, St Aldhelm's, Edmonton and this one for Wealdstone Methodist Church. 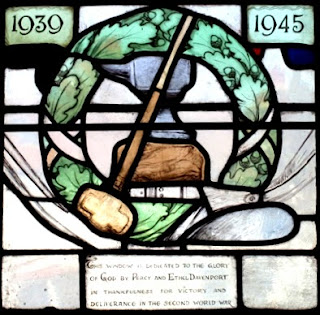