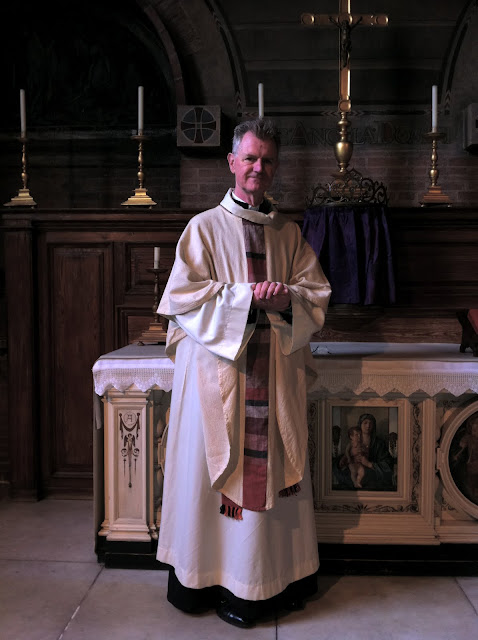 The Vicar in bleached linen vestments after the morning Ash Wednesday service.

The vestments were given to the church by Fr. John Bunker.

John grew up in Neasden, decided against being evacuated on the City of Benares, and was a server at St Jude's in the early 1950s. He was ordained in 1957 and became curate in charge of St Hilda's, Marden (in Newcastle Diocese) in 1961 when the present vicar of St Jude's was in the Sunday School. Fr John is now retired and lives in Halifax where the vicar visited him in July last year. He has made several gifts to St Jude's.